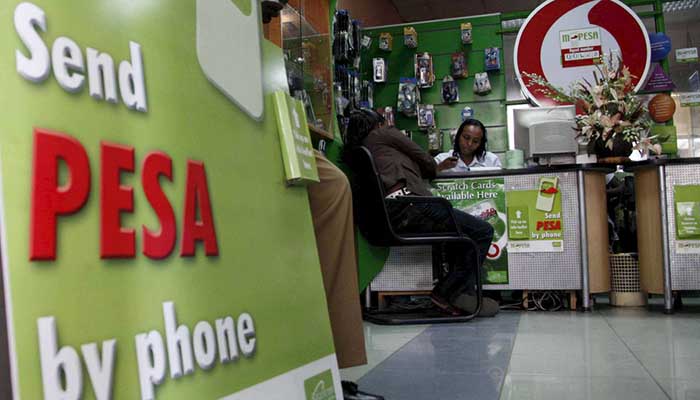 A study published by the American Association for the Advancement of Science has found that the rapid expansion of mobile money has lifted an estimated 2% of households out of extreme poverty and has also enabled thousands of women to move out of subsistence farming.

A recently published study on the long-run effects of mobile money on economic outcomes in Kenya provides some valuable insights that will benefit economic development and financial inclusion policies across Africa.

The study found that increased access to mobile money has reduced poverty in Kenya, particularly among female-headed households. Rapid expansion of mobile money has lifted an estimated 2% of Kenyan households (some 194,000) out of extreme poverty. It has also enabled 185,000 women to move out of subsistence farming and into business or sales occupations.

Mobile money is a form of electronic money that allows you to conduct financial transactions using your mobile phone. It allows financial services to be extended to unbanked people at a significantly lower cost because physical infrastructure isn’t needed.

Mobile phone penetration is rising across sub-Saharan Africa, with almost 76% of the population having a mobile phone subscription. The growth in mobile phone ownership raises the potential for mobile money to reach unbanked people, providing them with a more affordable payments system.

M-PESA, Africa’s first mobile money platform, was launched by Safaricom in Kenya in 2007. The service was designed to enable remittances to be sent home, and has enjoyed widespread adoption. Today 96% of households outside Nairobi have at least one M-PESA account.

The impact on poverty reduction appears to be the result of improved financial behaviour – by facilitating easier and safer savings – and changes in the occupational choice of users.

Mobile wallets offer a secure place to save as funds are stored virtually. And both the mobile money facility and the mobile phone can be password-protected. Savings can be used during hard times or for productive investments, like establishing or expanding a small business.

Before mobile money the transaction costs of sending money over large distances were high. This was true both in terms of time as well as the financial resources needed to effect transactions.

High transaction costs meant that households were limited to forming risk sharing networks with others in close proximity. This reduced the effectiveness of informal risk sharing as all households in the network were vulnerable to experiencing the same shocks at the same time. Examples of shocks that could affect an entire community include droughts, fires, crop or livestock diseases and floods.

Mobile money enables quicker, cheaper and more reliable money transfers over greater distances. In turn, this has allowed mobile money users to diversify their informal risk-sharing networks and draw on a wider network of social support.

When M-PESA started it created a network of agents that were geographically dispersed which meant that more people in rural and sparsely populated areas were within reach of one. This resulted in significant and widespread adoption.

Now that mobile money users are able to form more diverse risk-sharing networks, it’s not surprising that users, compared with non-users, tend to receive more remittances from more people. This is particularly marked when users are responding to negative shocks.

Mobile money users are therefore more financially resilient and can protect themselves better against economic and other shocks. It also allows them to increase their consumption in bad times. This is key to enabling households to lift themselves out of extreme poverty.

The recent findings also show that in areas that have experienced large increases in access to mobile money people were more likely to be working in business or sales rather than in subsistence farming. Additionally, fewer people in these areas reported having secondary occupations.

Both these findings were seen to be particularly true for women. This was found to be true in female-headed households as well as male-headed households. An estimated 185,000 women have been induced to switch from subsistence farming to business or sales as their primary occupation as a result of mobile money access.

That mobile money has a positive impact on economic outcomes for women is particularly notable when seen against some historical studies on related subjects. For example, studies on the impact of micro-finance on female clients, and on the economic returns to capital grants for female-operated small businesses, have tended to show limited results.

This finding has significant implications for policy and poverty-reduction efforts.

As other products built on mobile money platforms are developed, financial inclusion is deepened and users are empowered to improve the management of their financial resources.

Other products allow users to, for example, earn interest on savings, access micro-loans and affordable insurance, and invest in government securities.

Mobile money has been transformational in Kenya, and has the potential to similarly benefit the rest of sub-Saharan Africa. THE CONVERSATION

Sarah Logan does not work for, consult, own shares in or receive funding from any company or organization that would benefit from this article, and has disclosed no relevant affiliations beyond the academic appointment above.