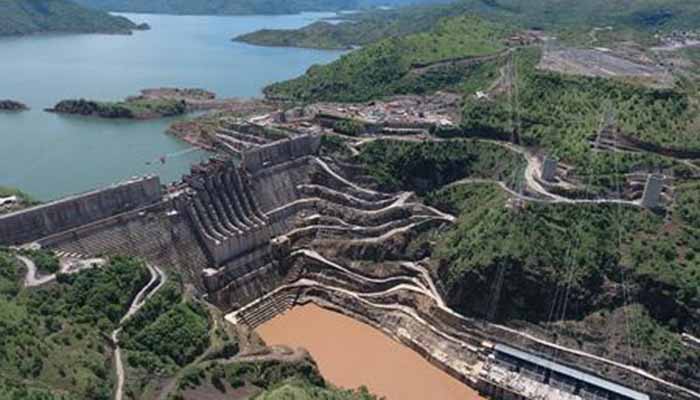 Two very muhimu things happened in this our Democratic and Sovereign Republic of Kenya, the economic giant of Afrika ya Mashariki and an island of peace. These two things touch at the very roho of all hardworking peasant farmers. Of course, you must have read recently about the sad death of flora and fauna due to the drought occasioned by the sun and its relatives coming for an extended holiday.

The effect was so bad that all horticultural products shed leaves and wilted as fast as Rudisha rudishaing gold to Kenya! You also heard that the sun’s visit was so bad that some peasant farmers were giving their calves Fanta to quench thirst. Worse still, you saw saddening photos of drought stricken wenyenchi in Northern Kenya, with some even perishing on their way to search for droplets of water. Kumekuwa kubaya of late I say!

That is why this week, two mambo mazito happened in Kenya, but weren’t given the weight they deserve. First, His Excellency of Misri, a tough, battle-hardened soldier called General Abdel Fatah al-Sisi visited our Commander-in-chief, the tough Uhuru Kenyatta. And over cups of great Kericho and Nyamira and Kiambu and Vihiga tea, they talked many things, including about Lake Victoria waters. Do you know that even as the Peasant Shamba cabbages and cows were dying, the law barred the Peasant Farmer from walking the few metres to Nam Lolwe, as we call Lake Victoria, to draw irrigation water? That is because in 1929, Wabeberu made a treaty with Misri guaranteeing them access to 55.5bn cubic metres of water, out of a total of 84bn cubic metres.

That treaty limited the other nine countries, (Rwanda, Burundi, Democratic Republic of Congo, Tanzania, Kenya, Uganda, Ethipoia, South Sudan and Sudan) to only accessing 28.5bn cubic metres of hii maji ya uhai. When Kenya tried to get out of the treaty, the Egyptian water minister, Mahmoud Abu-Zeid, described it as an “act of war”. Wajameni, how can’t we access the water that we see every day and night to save our biashara ya ukulima rejareja? That is why the Peasant Farmer hopes that our great Kamwana will take on General al-Sisi on his words that Lake Victoria waters should be shared in an inclusive manner in order not to erode the water security of Nile Basin countries.

Meanwhile, the Ethiopian envoy to Kenya, Dina Mufti, was defending their Gibe Dam projects on River Omo that supply water to Lake Turkana, where our Turkana people conduct amazing blue and green agriculture with fish, crocodile meat and maize. Kuanzia 2015, Lake Turkana waters have gone down by 1.5 metres as a result of this Gibe manenos. Mayoo! Do you see how peasant farmers will angamia? Biashara ya samaki itaisha hivyo tu! Misri is denying us water access hapa Nyanza and Uhabeshi is killing Lake Turkana. Bila maji si Peasant Shambas will be ‘kwinished’, finished kabisa? We demand haki yetu! (Standard Media)