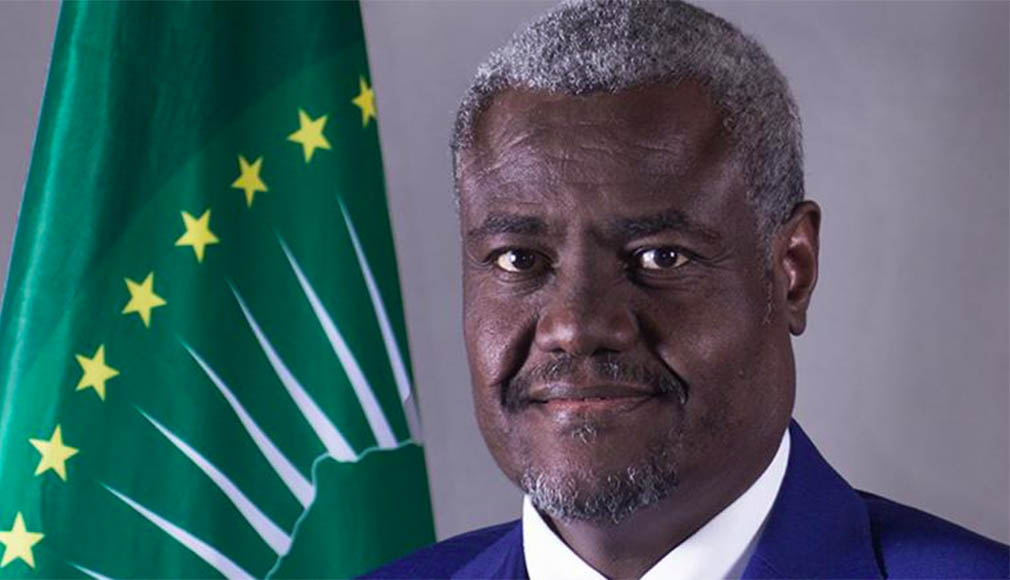 “Sudan, Egypt and Ethiopia are African countries, and the Nile has long been a link between peoples.” AU Commission Moussa Faki

SEE (By Nawal Sayed) The African Union called on Egypt, Sudan and Ethiopia to find a compromise formula on the Ethiopian Renaissance Dam (GERD) negotiations.

At a press conference on Friday, the Chairperson of the African Union Commission, Moussa Faki, at the end of his visit to Sudan, said that “Sudan, Egypt and Ethiopia are African countries, and the Nile has long been a link between peoples.”

“We ask our brothers in Ethiopia, Sudan and Egypt to find a consensual formula in this file (The GERD issue),” he added.

For nine years, the GERD project has caused disputes, especially between Ethiopia and Egypt, as Cairo fears a possible negative impact of the dam on its annual flow of 55.5 billion cubic meters of water, while Sudan gets 18.5 billion.

Faki said that his discussions with officials in Sudan “witnessed a frank discussion on all issues and challenges related to the current political situation and the priorities of the transitional phase.”

He continued:“According to our point of view, the economic situation must be improved, the peace process must be accomplished, especially with the armed movements, and the creation of appropriate conditions for the elections and their organization in a transparent and fair manner.”

Faki stated that “The African Union is fully prepared to support the transitional authority,” noting that he is happy with the full agreement reflected in the Sudanese officials’ views despite the challenges and difficulties.

Faki stressed that the name of Sudan should be removed from the list of state sponsors of terrorism, as it has suffered unjust decisions.

“Sudan has suffered from unjust decisions sometimes, but now there is a democratic movement and a peaceful revolution; we are in a consensual transition phase, the international community and the friends of Sudan must stand with it,” he added.

He manifested that “A few weeks ago, I met with Secretary of State Mike Pompeo and discussed the issue at hand; the African Union had previously called on the United States to remove Sudan from this list.”

On October 6, 2017, the administration of US President Donald Trump lifted economic sanctions and a trade embargo imposed on Sudan since 1997.

But Washington has not removed Sudan from the list of “state sponsors of terrorism”, which has been listed since 1993, for being hosted by former al Qaeda leader Osama bin Laden.