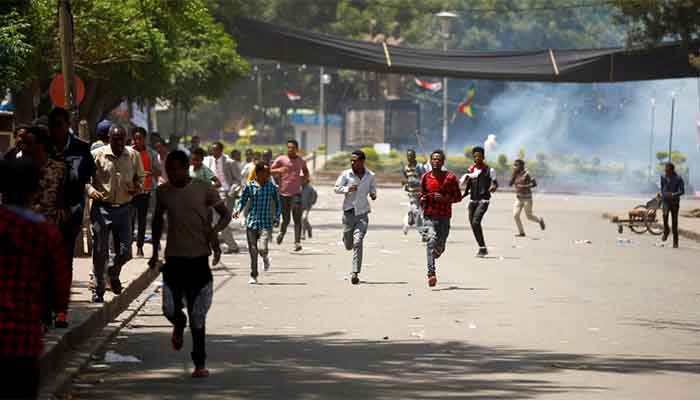 EZ (Ethiopia Zare): The Ethiopian government dominated by the ruling party, EPRDF, has extended the State Of Emergency by four additional months, which was declared six months ago, in October 2016, and was due to end in April 2017.

On Thursday morning 30th of March 2017, the House of People's Representative of the ruling party EPRDF, during its regular meeting unanimously approved the extension of the State of Emergency by four months.

The State of Emergency, declared on October 9, 2016, was quickly followed by the arrest of more than tens of thousands of Ethiopians, marked by several violent acts by the regime's security officials.

The state of emergency was a reaction to protests that were especially persistent in the Oromia and Amhara regions. Many members of the Oromo and Amhara ethnic groups say they are marginalised by the minority ethnic group called Tigre and that they do not have access to political power, something the government denies.