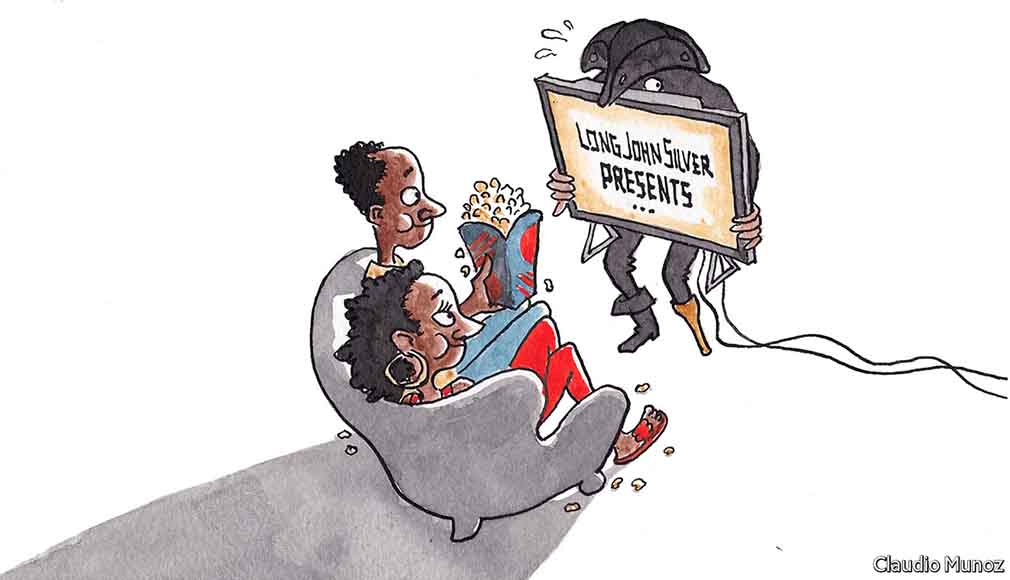 DOWNLOADING a movie, legally or not, is prohibitively slow in Ethiopia, thanks to glacial internet speeds. Bootleg DVDs are everywhere, but even so it can be hard to find a reasonable-quality version of the latest Hollywood blockbuster. Only one cinema in Addis Ababa, the capital, screens foreign hits. Resourceful pirates spy an opportunity.

Last year yellow ATM-style kiosks began to spring up around Addis Ababa. The brainchild of three Ethiopian science graduates and their software company, Swift Media, the Chinese-built kiosks allow customers to transfer any of 6,000 pirated foreign movies or 500 music albums onto a USB stick they insert for as little as 10 cents per file. The kiosks are located in large malls in full view of authorities, who show no interest in shutting them down.

This is just one manifestation of a general disregard for foreign intellectual-property (IP) rights in Ethiopia. Swift Media is breaking no local laws by selling plundered foreign films. Ethiopia is not a member of the World Trade Organisation (WTO). Indeed, it is the largest country that has not yet signed any of the big international treaties governing IP, according to Seble Baraki, a local lawyer. Foreign trademarks are infringed with impunity. Kaldi’s, the country’s biggest coffee chain, has a logo suspiciously similar to that of Starbucks. Intercontinental Hotels Group, a British-owned hotel company, is suing a large hotel in central Addis Ababa with the same name. In-N-Out Burger, an American fast-food franchise, has a popular equivalent in Ethiopia that the American firm only learned about when tourists complained to it about poor standards.

In an effort to shift attitudes the authorities burned half a million pirated CDs and DVDs in the centre of the capital in 2008. But the thieves are undeterred. Only a handful of records are released each year. In 2010 Ethiopia’s Audiovisual Producers Association, a film and music producers guild, stopped releasing albums for several months in protest over the Supreme Court’s decision to drop charges against a record-shop owner accused of copyright infringement.

In the hope of attracting more foreign investment the Ethiopian government has been trying to bring its IP laws into line with international standards. But Ms Baraki doubts that her country is about to change. Ethiopia is poor and has a desperate shortage of foreign currency. “How would we pay?” she asks.