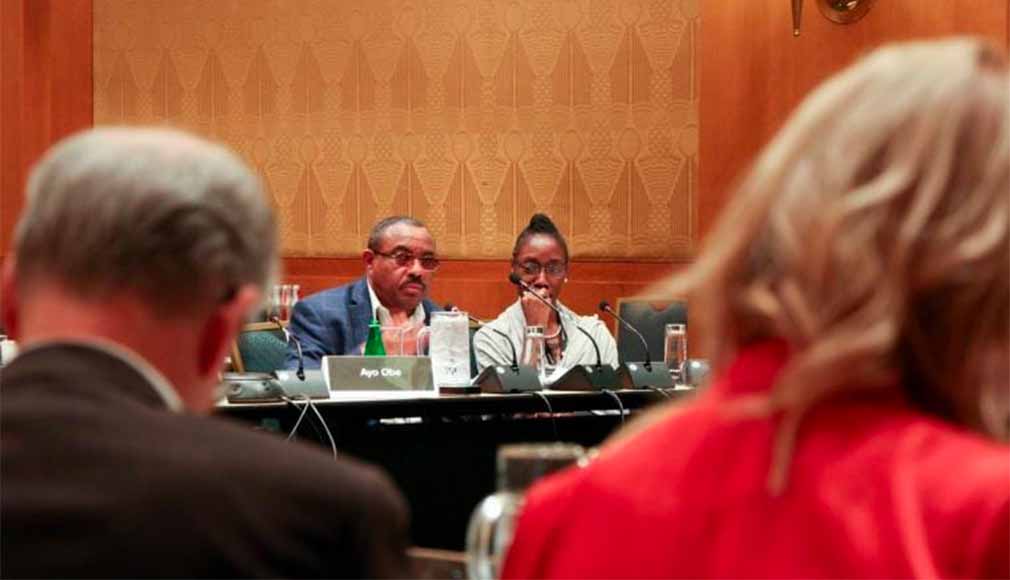 The International Crisis Group announce the appointment to its Board of Trustees of Hailemariam Desalegn, and Federica Mogherini

The International Crisis Group is delighted to announce the appointment to its Board of Trustees of Hailemariam Desalegn, former Prime Minister of Ethiopia, and Federica Mogherini, former Vice President of the European Commission and High Representative of the Union for Foreign Affairs and Security Policy.

Both Hailemariam and Mogherini join Crisis Group with a wealth of experience at the highest echelons of government. Hailemariam served as the Chairperson of the African Union (AU) from 2013 to 2014 and as Ethiopia’s Prime Minister from 2012 to 2018. Mogherini headed the EU’s foreign and security policy as the High Representative from 2014 to 2019 and served as Italy’s Minister of Foreign Affairs in 2014.

“Our Board has always prided itself on its diversity, and these additions stand squarely in that tradition. Crisis Group will enormously benefit from their unique backgrounds and knowledge", said Crisis Group’s President & CEO Robert Malley. “Hailemariam and Federica will enrich our debates, sharpen our analysis and bolster our advocacy. I look forward to working closely with them as we seek to prevent and resolve deadly conflict across the globe”.

With these two additions this December, the Board of Trustees now consists of 47 individuals from 30 countries.

“Hailemariam and Federica join a Board whose global reach has long been a hallmark of our organisation”, said Lord Mark Malloch-Brown, Crisis Group’s Chair of the Board of Trustees. “Their combined experience, wisdom and influence will help Crisis Group continue to navigate changing geopolitical and local realities and ensure that its voice on conflict resolution is heard in the places that matter”.