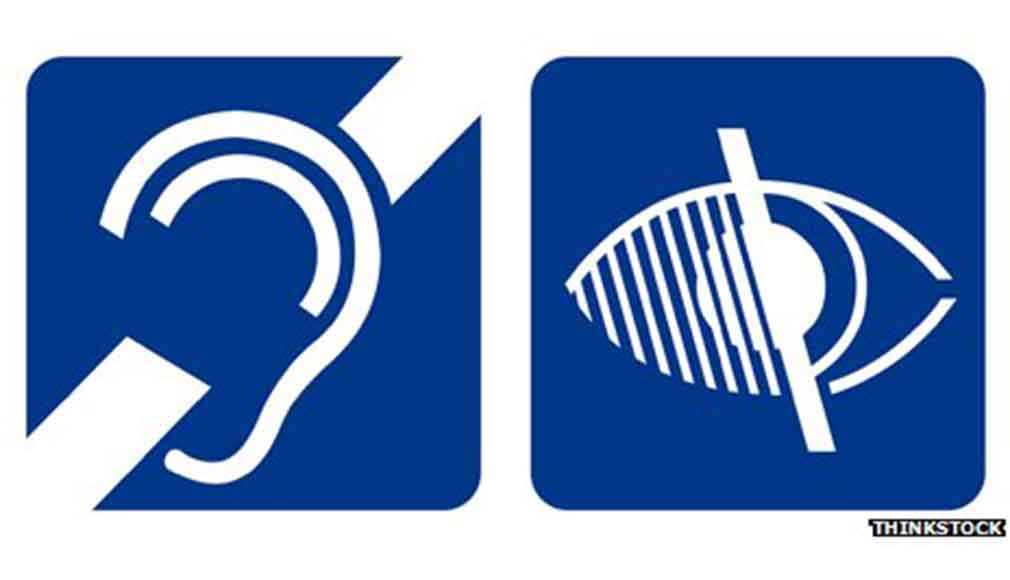 - Seizing a golden opportunity for change in Ethiopia

Ethiopians are used to “deaf ear and blind eye” with regard to the international community in general and Ethiopian regime “strategic allies,” especially the United States and the European Union with regard to gross human rights violations in Ethiopia. Even under the worst of conditions, including massacres of innocent civilians by Ethiopian federal and security forces, these friends continue to issue innocuous and timid statements. It is time to change.

It is clear that American national interests, especially the war against terrorism overrides continued human tragedy in Ethiopia. Emboldened by financial, moral, diplomatic, intelligence and military support from the United States, Ethiopia has become a military and police state. It is inevitable that, this military and police state will continue to inflict pain and suffering on the Ethiopian people. This is pushing the entire country into the abyss. It is time to change course.

It is high time for the European Union and the government of the United States to push for an All-Inclusive Government of Ethiopia. By all measurements, the Tigray People’s Liberation Front (TPLF) dominated regime is a liability rather than an asset even in the fight against terrorism. This police and military state is, by any definition, a “terrorist” state. Simply put, the regime’s “ethnic divide and rule” policy; its horrendous repression of the Oromo and Amhara people; its war by proxy carried-out deliberately and systematically by training special forces; its inability to meet the aspirations of the youth population; its underhanded technique of arming and enabling one ethnic group to fight against another; its deliberate program of cordoning and sealing the movements of students at universities and colleges, all amount to a state of siege.

A state of siege is a form of state terrorism. It is therefore an affront to humanity. It undermines peace and stability.

The current state of siege environment emanates from the police state and government that wield overwhelming power over citizens. In addition to the human toll that is now normalized, this preponderance of power exercised exclusively by the TPLF is driving Ethiopia into becoming a conflict-ridden, genocide prone, fragile and unstable country. In turn, this oppressive and suffocating political environment serves as a fertile and inviting environment for fundamentalism, terrorism and secessionism. In addition, Ethiopia’s warring factions are deepening the country’s fragility, instability and the insecurity of millions of Ethiopia’s citizens.

My primary concern is this. If not contained now, this dangerous situation may lead to Ethiopia’s Balkanization and to genocide. Ethiopia will be the next Somalia, South Sudan, Syria or Yemen. This scenario is neither in the interest of the Ethiopian people; nor in the national security or economic interests of the European Union, the African Union, China or the United States.

Continued appeasement of the TPLF is a misguided policy. It provides legitimacy to a gangster, war-mongering, hateful, revengeful, corrupt and narrow ethnic group at a cost to the country’s majority. The TPLF has an established and well-documented history of ethnic-cleansing, Genocide Watch has documented “real genocide of the Annuak and Somali people. Whole sale massacres of Amhara and Oromo have taken place. Murders of children, mothers, fathers, entire youth groups, indigenous people etc. are well-documented. In fact, this appeasement of the TPLF has begun to backfire throughout the country. Its newly minted leadership has no interest or perhaps clue that TPLF and by association Tigrean hegemony is a security threat to Ethiopia’s very existence.

Fortunately for Ethiopia and Ethiopians two developments seem to converge at about the same time.

It is not sufficient for opposition groups to operate in silos and to present alternative visions for Ethiopia without synergy. They need to reach-out to one another, side with the people who are sacrificing their lives and livelihoods and are struggling for a political alternative that empowers citizens to become the exclusive center of political power. It is this direction that will distinguish political elites and organizations from the current governing party, the TPLF and its loyalists.

In both cases, it will be unfortunate if stakeholders squander another golden opportunity for fundamental change in Ethiopia. This time, history will judge both groups harshly if they do not do all they can to accelerate convergence; and to side with the people now.

The good news is that both the European Union and the United States appreciate the depth of the current security crisis that might lead to civil war, to Ethiopia’s Balkanization and to genocide. There are ominous signs that buffet this narrative. This scenario can be and must be averted. Crisis is also an opportunity for fundamental change. But the opportunity has to be seized by all stakeholders, including the diplomatic and donor community that continues to pay lip service when crisis occurs and fails to do the right thing for the right reason when opportunity knocks at Ethiopia’s doors.

The right thing is to listen to the hopes and aspirations of Ethiopia’s millions, especially its youth population who constitute more than 65 percent of the country’s 105 million people. It is they who are paying a huge price with their lives each and every day.

Thanks to the Honorable Anna Gomes’ consistent role in helping shift Western policy towards Ethiopia and to Congressional leaders such as Congressmen Smith and Congressman Mike Coffman who urged the U.S. Congress to vote on Ethiopian Human Rights bill that the TPLF and its American supporters are trying to derail, there is a modicum of hope that the global community might align with the Ethiopian people. For example, on December 20, 2017, the European Union scrutinized the recent “security crisis in Ethiopia, expressed condolences” to victims of the recent atrocities and called Ethiopia’s “regional and federal security forces to exercise restraint in the discharge of their duties.”

More important, the EU’s statement “reiterated the need for inclusive and broad-based dialogue in the political process in order to address grievances in a peaceful and conducive manner.” I was delighted to learn that the statement acknowledged state “violence in several universities” and the ethnic nature of the atrocities.

Despite global condemnation and concern, recurrent state sponsored atrocities in Ethiopia have not been followed with a change of heart on the part of Ethiopia’s rulers. In its latest statement, the EU stated its position that “It is essential that independent investigations on all acts of violence are conducted.” Ethiopia’s rulers have, in the past rejected similar calls and requests from distinguished organizations including the UN High Commissioner for Human Rights. Would they listen this time? I am doubtful. The trick is to support the popular resistance.

Time and again, Ethiopia’s rulers have failed to respect the fundamental human rights of the country’s citizens. “It is important that the Ethiopian government ensure the safety of all Ethiopian citizens, and hold accountable those responsible for violence.” I agree with this statement. However, the “safety of Ethiopian citizens” is not affected by the government of Egypt or Eritrea or Saudi Arabia or the U.S. or by the opposition. In fact, most of Ethiopia’s opposition leaders are in jail. Its journalists and civic leaders are either in jail or have fled. Accountability for the “safety and security” of Ethiopian citizens resides within the governing party dominated by the TPLF.

Any task force established by Prime Minister Hailemariam Dessalegn will fail from holding those responsible for inciting ethnic conflict and for the massacres in Celenko where 16 innocent Ethiopians were murdered by federal troops, in Adigrat, Tigray, where Amhara and Oromo students were selected and targeted because of their ethnicity and for other deaths in other locations accountable now. The TPLF is simply immune to accountability. The constant narrative is that the perpetrators of crimes against humanity and of massive theft, graft and corruption in Ethiopia operate above the law. Where the rule of law is dismissed, human rights violations are inevitable.

The punishing state and government of Ethiopia continues to operate as the abuser, the witness, the jury and the judge. Its play book is to blame the victims themselves. Its modus operandi is to murder innocent Ethiopians, establish a symbolic task force and write a report. No one was held accountable for the 2005 election massacre.

The current crisis is deliberate. It shows that the root causes of the popular unrest that began in November 2015 have not been resolved. People are expressing their anger and rejection of the entire system. Simply put, citizens are not inanimate objects. They are not stones who will continue to accept and tolerate being tortured, maimed, killed and jailed all the time. They revolt because they are oppressed.

Ethiopia’s national security crisis will deepen and continue as long as the current system continues. I have been writing on the need for inclusive governance for more than two decades. I am still convinced that the only way out of the current crisis is to convene an all-inclusive dialogue that will result in an all-inclusive transitional government of national unity; and, that will in turn facilitate a free and fair election. The EU’s call is therefore timely and right. “We remain convinced that only an inclusive political dialogue with all stakeholders will address the grievances of the population in a peaceful and constructive manner.

Although not as explicit as the EU, the United States earlier this week had expressed worry at the deaths of innocent Ethiopians; had tasked the government of Ethiopia, the source of the problem to remedy it. “We are troubled and saddened by reports of violence that has resulted in deaths and injuries in the town of Celenko and at several universities over the past two days. We extend our condolences to the families and friends of the victims.”

In a statement on human rights and the rule of law, Secretary of State Tillerson highlighted the Global Magnitsky Human Rights Accountability Act Implementation that should also be relevant to Ethiopian high officials. On December 21, 2017 the statement read as follows.

“Today, alongside the President and the Department of the Treasury, the Department of State took action against persons who have committed serious human rights abuse and engaged in corruption around the world. The Department is committed to protecting and promoting human rights and combatting corruption with all of the tools at our disposal. Today’s actions advance our values and promote the security of the United States, our allies, and our partners. We must lead by example, and today’s announcement of sanctions demonstrates the United States will continue to pursue tangible and significant consequences for those who commit serious human rights abuse and engage in corruption.”

Sadly, no action was taken against Ethiopia’s state thieves. But this too is inevitable. More substantive is what Herman Cohen twitted on December 13, 2017. “#Ethiopia government's use of deadly force to deal with civilian opposition is first step to national disintegration. Nation-wide reconciliation exercise is urgently needed.”

Would Western countries led by the EU and the United States push harder for “national reconciliation” that will lead to an All-Inclusive Government of National Unity?

They may, if we, Ethiopians get our act together. This subject will be the center piece of Part II of this commentary.