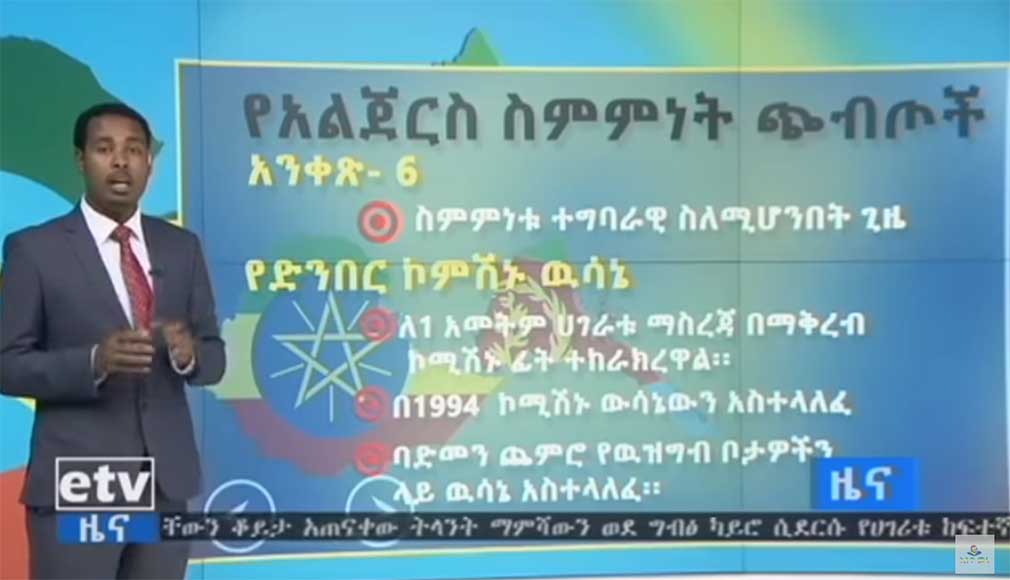 The Algiers Agreement was signed 18 years ago on 12 December 2000, by Meles Zenawi, who was the prime minister of Ethiopia and by Eritrean president Isaias Afewerki in Algiers, Algeria.

The agreement was a peace agreement between Ethiopia and Eritrea gor the formal end of the Ethio-Eritrean war, a border war fought by the two countries from 1998 to 2000.

On this video at 10:30 minutes, the six main point of The Algiers Agreement are explained in Amharic, for those of you who don't know or don't remember the agreement it is helpfull to watch the video.