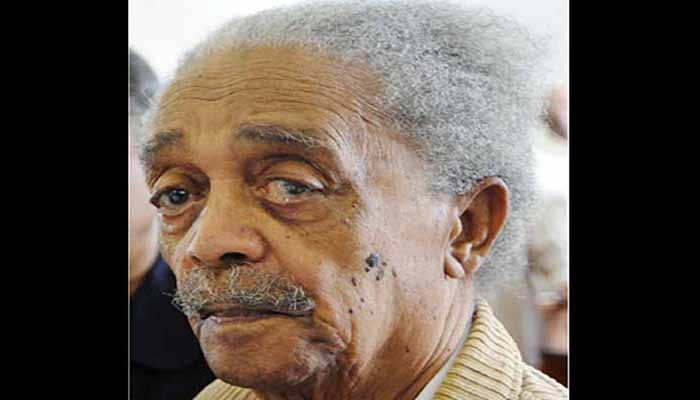 - By virtue of his mixed heritage, and the fact that he was an African living in the Carribean, the South African author who fought apartheid with his pen was the face of the contra-diction that is racial prejudice.
- Peter Abrahams - as he was better known - was born in 1919 in Johannesburg to an Ethiopian father and a coloured mother, whose own black father was married to a white French mother, at a time when racial biases were yet to be legislated.
- He was educated in South Africa and England, where he began his career as a writer.

Peter Henry Abrahams Deras may be gone physically but he remains a moral paragon and literary luminary of the middle 20th century onwards. His writings acutely demonstrated the multiple traumas of racism in South Africa and the world, giving life and voice to what Lewis Nkosi, the literary critic, later summarised as the shock of the Africans’ realisation that they are not only black, but also non-white.

This, for the author of Mine Boy, The Path of Thunder and Wild Conquest, assumed a deeply personal significance as he chose to assume an identity that was a collage of many different hues and nationalities, some encountered in his wide travels across both the white and black worlds, and in his settling in Jamaica.

Peter Abrahams - as he was better known - was born in 1919 in Johannesburg to an Ethiopian father and a coloured mother, whose own black father was married to a white French mother, at a time when racial biases were yet to be legislated. He was educated in South Africa and England, where he began his career as a writer.

Part of his education entailed extensive reading of works by black writers of the Harlem Renaissance, which spurred him towards an awareness of blackness as a possible literary concern, but also exposed him to aspects of style in literary expression.

Through his person and writings, Abrahams demonstrated the 20th Century black subject’s historical and political consciousness that have cumulatively grown from the initial groping in the darkness of racial inferiority, throughout the ideological era of black aesthetics of the Harlem Renaissance, Black Consciousness of Steve Biko and, perhaps to a lesser degree, Senghorian negritude thought.

Simultaneously, his awareness of the necessity of political activation of liberation initiatives saw him partner with political leaders of the 1940s, including Kenya’s Jomo Kenyatta, Ghana’s Kwame Nkrumah, and Trinidadian George Padmore, whose shared experiences were the stuff of which A Wreath for Udomo was made.

In A Wreath for Udomo, Abrahams simulated the later political intrigues that characterised post-independence Africa, fictionalising Padmore and others. When he later wrote This Island Now,he demonstrated not just the richness of diverse racial and geographical associations, but also actualised the interconnectedness of Afro-Caribbean literary and political imagination, which Ngugi wa Thiong’o would later theorise in Homecoming.

The themes of moral and political corruption in A Wreath for Udomo were Abrahams’ rejection of a romantic Africa, and also a critique of the decolonisation process that was, in some instances, propelled by individual caprice disguised as patriotic zeal.

It is somewhat coincidental that Abrahams died only a fortnight to February, the Black History Month whose symbolic celebration of Blacks in the Diaspora and their historical agency should surely beam its light on the role that Abrahams and his contemporaries played in deepening the racial debate in Africa and the world.

One can stretch this view further to argue that the current debates on notions of cosmopolitanism and other forms of multiple belonging were initially lived by the likes of Abrahams, whose final home in Jamaica did little to sever his emotional links with the cultural home in South Africa, as he wrote in his memoir, Tell Freedom: Memories of Africa.

Like his age-mate and compatriot Eskia Mphahlele, Peter Abrahams knew and lived the experiences of exile, conquering geographical borders to pursue an ideal that could not be attained while in his country of birth. As politically conscious intellectual elites, both Abrahams and Mphahlele were among a generation of African leaders who were preoccupied with the ideal of freedom for the Africans under colonialism and, for South Africa, apartheid.

Abrahams, Mphahlele, Jomo Kenyatta, Kwame Nkrumah, Nyerere, Senghor and Padmore, among many others, provided a counter-narrative to the dominant views of the Black person as an inferior being who was supposedly the poorer in intellectual imagination and moral fortitude.

Spread across both the continental and diasporic Africa, these elites broke new paths in showing the usability of ideology in political and intellectual mobilisation, borrowing and adapting theoretical tools like Marxism, which they fashioned to different variants of socialism that were employed in restoring the Black Africans’ confidence in themselves.

Whatever their weaknesses, ideas like Marxism, Socialism, Black Consciousness, Black Aesthetics, and Negritude as embraced and used by both the intellectual and political elites – who were one and the same in the early post-independence times – in Africa, achieved the singular feat of shepherding Africans to new levels of pan-Africanist awareness.

It is largely unlikely that the narrative of decolonisation would have gained traction or taken the particular trajectory it did had intellectuals like Peter Abrahams not seen the galvanizing power of ideology, even borrowed ideology, and used it to speak to the hearts and souls of the colonised Africans who, above all, had been seduced into seeing whiteness as something akin to godliness.

In a way, hence, the naivety of Xuma in Abrahams’ Mine Boy is substantively comparable to the gullibility of Toundi in Ferdinand Oyono’s Houseboy. The tragic end of both men, who were lured to their destruction by frivolous amusements of material seduction, captures the barely concealed talons of Afrikaner Apartheid and French Assimilation, respectively, both systems portrayed as violent impositions of white will on black folks.

The tragedy, now, is that despite the declarations of the ends of such extractionist systems like apartheid and colonialism, the Black person, like Xuma and Toundi, continues to fall for the easy pull of material symbols of progress, sinking further and deeper into delusions of success, and oblivious of the bigger scheme of exploitation of Blacks that remains largely intact.