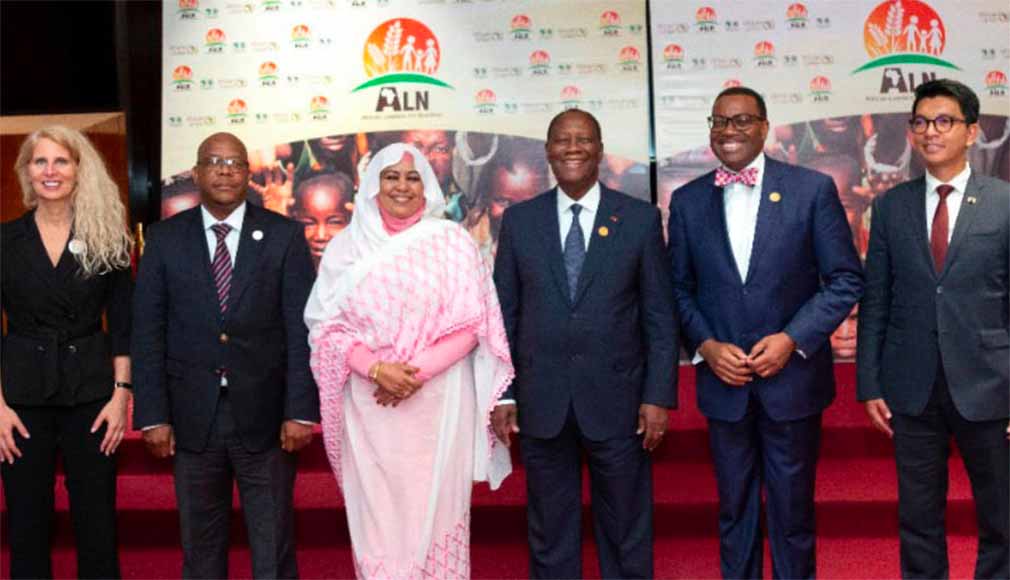 ADDIS ABABA, Ethiopia, February 10, 2020:- African countries have made progress towards eradicating malnutrition and stunting but need to do more to hit United Nations malnutrition targets by 2025. This was the main message of a meeting that took place during the 33rd African Union Summit.

Leaders acknowledged the scope of the challenge but sounded a note of optimism. "We can conquer hunger in Africa," said Madagascar's President Andry Rajoelina, one of five African Leaders for Nutrition champions. "I call on all our partners to continue to work with us to address hunger and malnutrition."

Ivorian President Alassane Ouattara said leaders should take it a step further. "I have proposed for the AU to focus on tackling malnutrition as a theme for 2021," he said.

Stunting has declined by eight percentage points across Africa since 2000, an advance on one of the UN's 2025 targets. African countries have also shown strong progress towards achieving the target of 50% of the world's children being exclusively breastfed for the first six months of life. The other targets are: halting the epidemic of obesity; reducing anemia in women of reproductive age; reducing low birth weight and reducing wasting.

The ALN, a partnership of the African Union and African Development Bank, brings together heads of state, Finance Ministers and other leaders to raise awareness and accountability, and reinforce investment by African governments to end malnutrition among children.

The ALN meeting, held in Addis Ababa on Saturday, offered an opportunity to take stock of achievements ahead of the Nutrition for Growth Summit to be held in Tokyo in December.

Adesina outlined initiatives by the Bank and African Union to reduce malnutrition, such as the Continental Nutrition Accountability Scorecard, which offers African leaders a snapshot of nutrition-related progress and gaps.

During his opening remarks, Adesina emphasized the paradox of African malnutrition.

“We have 65 percent of the world's remaining uncultivated arable land. We have an abundance of freshwater and about 300 days of sunshine a year. There's no reason for anyone to go hungry, ”the Bank chief said.

In addition to Rajoelina, current nutrition champions are King Letsie III of Lesotho, who addressed the meeting by video; Roch Marc Christian Kaboré, President of Burkina Faso; Rebecca Akufo-Addo, the First Lady of Ghana; and Professor Howarth Bouis of HarvestPlus.