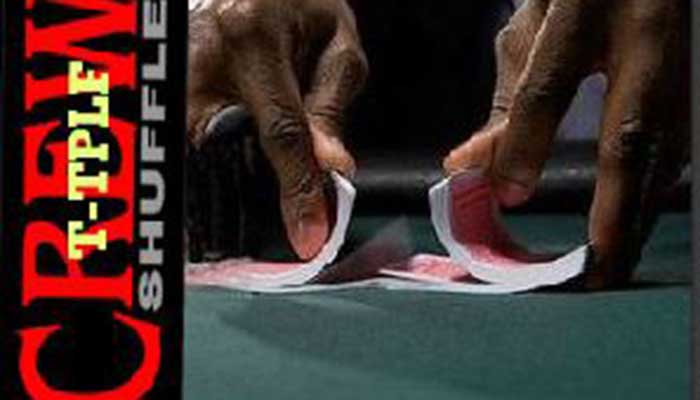 Hailemariam Desalegn, the Puppet Prime Minister (PPM) of the Thugtatorship of the Tigrean People’s Liberation Front (T-TPLF) yesterday announced a “significant reshuffle” of his cabinet. The reshuffle is intended to soften the blowback from the “state of emergency” the PPM declared a couple of weeks ago.

The “cabinet reshuffle” is yet additional evidence that the T-TPLF is in the throes of its own state of emergency as it tries to crane its neck and look vacantly at a rapidly disappearing sunset over the horizon.

Cabinet reshuffling is nothing new. It is an old game dictators play whenever they they feel the heat from the people. They believe they can fool the people by playing a game of musical chairs with their ministers.

When the T-TPLF declared a “state of emergency”, they knew the jig is up. They are done. Finished. Washed up. Kaput.

When a regime declares a state of emergency, it is declaring to the world that it can no longer control events and things are completely out of hand.

A state of emergency is the last refuge of a knocked out, washed up and dying regime.

But the T-TPLF wants to convince the world that is not down for the count.

The T-TPLF pretends it is rolling with the punches. The massive uprisings in the country have not laid a glove on it. It is bobbing and weaving.

The T-TPLF thinks it can “float like a butterfly and sting like a bee. The hands can’t hit what the eyes can’t see.”

The fact of the matter is the T-TPLF is down for the count; and OUT!

But the T-TPLF has to put on a show and pretend it is not losing face. They want to strut around and show they are still in charge. They are still running the show. The state of emergency has put them back in the saddle (on the Tiger’s back). It’s back to business as usual.

The T-TPLF is acutely aware of its shortcomings and weaknesses. It knows that its bluster about its military might and how smart they are and how dumb everybody is does not amount to a hill of beans. They have seen how the unstoppable waves of uprisings in the country could sweep them into the dustbin of history in a flash flood of popular anger.

But the T-TPLF is desperate and does not know what to do.

They want to roll out a new game. But not really a New Game. They want a game of cabinet reshuffle.

The T-TPLF cannot fool anyone with its “cabinet reshuffle”.

But after declaring a state of emergency and jailing tens of thousands of innocent people, what else can the T-TPLF do?

How about stretching out an olive branch to the opposition and the rest?

How about a cabinet reshuffle as a last ditch effort to get back in the game and continue with business as usual?

But the T-TPLF ain’t foolin’ nobody, except themselves.

Supposedly the major changes in the “cabinet shuffle” include the appointment of five ministers who are not T-TPLF members, consolidation of certain offices and giving up the foreign ministry (held by a T-TPLFer for the past 25 years) to a non-T-TPLF member.

The current “foreign minister” Tedros Adhanom must be doing cartwheels with joy. He can now gracefully jump the sinking T-TPLF ship and jockey for the top job at the World Health Organization. (See my June 2016 commentary, “Guess Who’s Coming to WHO in 2017”.)

Of course, all of the “new” ministers have been vetted for their loyalty and gratitude to the T-TPLF. They have been waiting in the wings like buzzards over carrion. They are not chosen for their fierce independence and courage to challenge the T-TPLF bosses. They are chosen because they are loyal and domesticated T-TPLF lapdogs.

The T-TPLF believes by throwing in a few Oromo and Amhara names in the cabinet reshuffle they can hoodwink Oromos and Amharas.

It’s the age old game of tokenism. A token Oromo here and token Amhara there will make the T-TPLF certifiedly democratic. Give me a break!

I ask a simple question: Does replacing Tweedle Dee with Tweedle Dum make a difference?

Apparently, PPM Hailemariam is also setting up “Center for Democratic System Development Affairs Coordination” to function directly under his office in the reshuffle.

That’s like the wolves and hyenas setting up a center for the advancement and welfare of antelopes and zebras. Give me another break!

But! But! But! Nothing is happening to the guys controlling and running the intelligence, police, security and military services. Who could they possibly be?

Sacking “ministers” mired in corruption will not satisfy the millions demanding change. The people of Ethiopia want a new government in a new election, not old and recycled minsters in a “new” reshuffled cabinet.

The T-TPLF ruling strategy and the so-called “cabinet reshuffle” reminds me of Lord Frederick Lugard, the father of indirect rule in Nigeria (and throughout the British colonies in Africa for that matter.)

Lugard came up with a clever strategy that allowed Britain to rule (northern) Nigeria through local rulers (emirs, caliphs, etc.,) that it had defeated. If the local emirs, etc., accepted British authority and cooperated with British officials in implementing colonial policies, the British would confirm them in office. Although the emirs retained their caliphate titles and so on, they were ultimately accountable to a lowly British district officer who had final authority. If the emirs don’t play the game, the British high commissioners would depose them with a swift kick to the rump and appoint their preferred lackeys.

That has been pretty much the T-TPLF game. They appoint those individuals and groups they have defeated and impose their rule on the people through them. They will dump any lackey showing the slightest trace of suspicion about their loyalty or obedience to them.

All of the “cabinet reshuffle” is window dressing and one element of the T-TPLF’s grand disinformation campaign.

But why did PPM Hailemariam go through the shuffling motions?

There is a short and long version answer to the question.

The short version is that the “cabinet reshuffle” is part of a superficial disconcerted effort by the T-TPLF to reassert authority, demonstrate that it is still the boss and try to co-opt and indenture opposition leaders, dissidents and civil society leaders. The T-TPLF does not know what else to do.

The T-TPLF also sees a looming threat of economic collapse and meltdown if the uprising continues and foreign investors beat feet. “Ethiopia’s tourism sector is suffering. The impact of a year of violent protests and state of emergency has led to a decline in tourists visiting the country.” One can snag a flight from Washington, D.C. to Ethiopia for less than $600. Investors are fleeing Ethiopia like bats out of hell. (What an apt metaphor!) The T-TPLF is thinking about a tanking economy tanking it out of power.

The long answer marshals a variety of reasons:

First and foremost the “cabinet reshuffle” is a publicity stunt and disinformation. The T-TPLF has been hammered for its brutal crackdowns and “state of emergency.” The T-TPLF has become, to borrow a word used by Mandela to describe the minority apartheid regime, the “skunk of the world”. Even the U.S. Embassy had to issue a “travel warning” stating, “U.S. citizens to defer all non-essential travel to Ethiopia due to ongoing unrest that has led to hundreds of deaths, thousands of arrests, as well as injuries and extensive property damage, especially in Amhara and Oromia States.” The T-TPLF needs some distraction from its heavy-handed crackdown on peaceful protesters and the clampdown on all media.

Second, the T-TPLF wants to finesse its all-too-willing to be finessed loaners, donors and international poverty pimps that it is seriously moving towards political openness, accommodation and even power-sharing.

Third, the T-TPLF wants to be seen palling around with so-called opposition and civic society leaders and even dissidents. Let bygones be bygones. We’re all friends.

Fourth, the T-TPLF aims to blunt the massive popular uprising demanding its removal from power by performing a smoke-and-mirrors change of government. The T-TPLF has lived high on the hog for 25 years; but they refuse to move on. (I did not say there are others waiting in the wings for their turn to eat.)

Fifth, the T-TPLF aims to signal that they are ready for major changes and that they have been reformed, humbled and chastened by the intensity of the recent massive uprisings. (Just like the reformed wolf guarding the sheep.)

Sixth, the T-TPLF aims to use the “cabinet reshuffle” to communicate to Ethiopians the usual suspects (bad T-TPLF guys) are gone and no longer have power. The T-TPLF hardliners have been thrown under the bus and things will be much better.

Seventh, the T-TPLF wants to appease the Oromos and Amharas by handing them ministries. Big _ _ Deal!

Eight, the T-TPLF aims to blunt the energy of the active youth engaged in agitation and political mobilization. The one and only thing the T-TPLF fears above all else is the power of Ethiopia’s Youth! Ethiopia’s youth are the only force directly challenging the T-TPLF. They must be defeated at all costs and destroyed.

I ask a simple question: Can hyenas destroy Cheetahs. Only in their dreams!

Ninth, the T-TPLF aims to dispel the image in the “cabinet reshuffle” that it is Hailemariam who is running the show. Hailemariam is nobody’s puppet!

I ask a simple question: Does the tail wag the dog? Does the puppet handle the puppet master?

Tenth, the T-TPLF wants to prove to the world that is alive and kicking and back in the saddle.

I ask a simple question. What happens to those “who foolishly sought power by riding the back of the tiger”?

The fact of the matter is that the T-TPLF will use every trick in the book to cling to power. They think they are so smart and every one so dumb, nobody will figure out their broke-ass zero sum game.

Shuffling a corruption-riddled cabinet is like shuffling the same deck of cards over and over. It don’t mean diddley.

As candidate Obama used to say back in 2008, “You can wrap an old fish in a piece of paper called change. It’s still gonna stink.”

You can reshuffle the T-TPLF from here to kingdom come and call it change. It’s still gonna stink!

The T-TPLF’s theory of government is that unwrapping an old fish and putting a new wrapper called change on it is actually change.

I ask a simple question: Does moving the sauce pan from one stovetop to another make the sauce tastier?

The fact of the matter is that the T-TPLF state-within-the-state, the shadowy puppet-masters, are still sitting in the dark calling the shots. Nothing is happening to them guys. They are just watching sitting in the shadows.

To paraphrase, Gen. Douglas MacArthur, T-TPLF ministers do not go out into pasture and enjoy their stolen loot, they just slither back into the shadows and pull the strings of their puppets.

To believe the T-TPLF will change in a “cabinet reshuffle” is like believing a spotted hyena can change its spots.