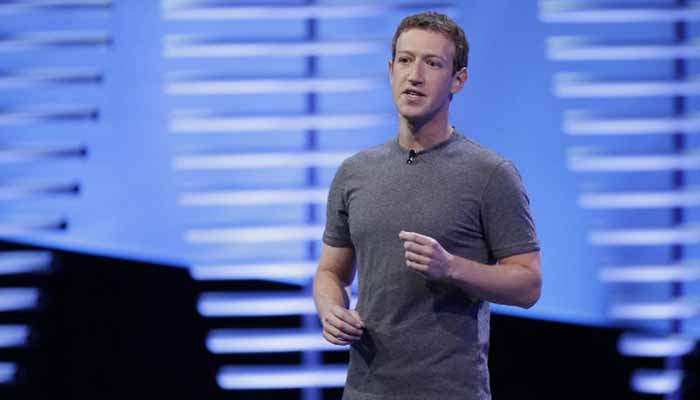 Facebook is making it easier for users to report fake news when they see it, with fact-checkers ready to jump in.

Facebook is taking new measures to curb the spread of fake news on its huge and influential social network, focusing on the "worst of the worst" offenders.

The online behemoth is going into partnership with outside fact-checkers to sort honest news reports from made-up stories that play to people's passions and preconceived notions.

Fake news stories touch on a broad range of subjects, from unproven cancer cures to celebrity hoaxes and backyard Bigfoot sightings. But fake political stories have drawn attention because of the possibility they influenced public perceptions and could have swayed the US presidential election.

There have been other dangerous real-world consequences.
Man influenced by fake news enters pizzeria with gun

A fake story about a child sex ring at a Washington DC pizza joint prompted a man to fire an assault rifle inside the restaurant, Comet Ping Pong.

"We do believe that we have an obligation to combat the spread of fake news," said John Hegeman, Facebook's vice president of product management on news feed, in an interview.

But he added Facebook also takes its role to provide people with an open platform seriously, and it is not the company's place to decide what is true or false.

To start, Facebook is making it easier for users to report fake news when they see it, which they can now do in two steps. If enough people report a story as fake, Facebook will pass it to third-party, fact-checking organisations that are part of the nonprofit Poynter Institute's International Fact-Checking Network.

The five fact-checking organisations Facebook is currently working with are ABC News, The Associated Press, FactCheck.org, Politifact and Snopes. Facebook says this group is likely to expand.

Stories that fail the fact check won't be removed from Facebook but they will be publicly flagged as "disputed", which will force them to appear lower down in people's news feed. Users can click on a link to learn why that is. And if people decide they want to share the story with friends anyway, they can - but they'll get another warning.

By going into partnership with respected outside organisations and flagging, rather than removing, fake stories, Facebook is sidestepping some of the biggest concerns experts have raised about it exercising its considerable power in this area.

For instance, some are worried that Facebook might act as a censor - and not a skilful one, either, being an engineer-led company with little experience of making complex media ethics decisions.

"They definitely don't have the expertise," said Robyn Caplan, researcher at Data & Society, a nonprofit research institute funded in part by Microsoft and the National Science Foundation.

In an interview before Facebook's announcement, she urged the company to "engage media professionals and organisations that are working on these issues".

Facebook chief executive Mark Zuckerberg has said that fake news constitutes less than 1 percent of what is on Facebook, but critics say that is wildly misleading. For a site with nearly two billion users tapping out posts by the millisecond, even 1 percent is a huge number, especially since the total includes everything that is posted on Facebook - photos, videos, and daily updates in addition to news articles.

In a study released on Thursday, the Pew Research Center found nearly one in four Americans say they have shared a made-up news story, either knowingly or unknowingly. Some 45 percent said that the government, politicians and elected officials bear responsibility for preventing made-up stories from gaining attention.

Forty-two percent put this responsibility on social networking sites and search engines, and a similar percentage on the public itself.

Fake news stories can be quicker to go viral than news stories from traditional sources. That is because they were created for sharing - they are clickable, often inflammatory, and pander to emotional responses.

Mike Caulfield, director of blended and networked learning at Washington State University Vancouver, tracked whether real or fake news is more likely to be shared on Facebook.

He compared a made-up story from a fake outlet with articles in local newspapers. The fake story, headlined "FBI Agent Suspected In Hillary Leaks Found Dead In Apparent Murder-Suicide" from the nonexistent Denver Guardian, was shared 1,000 times more than material from the real newspapers.

"To put this in perspective, if you combined the top stories from The Boston Globe, The Washington Post, the Chicago Tribune, and the Los Angeles Times, they still had only 5 percent the viewership of an article from a fake news," he wrote in a blog post.

Facebook is emphasising that it is only going after the most egregious fake news creators and sites, "the clear hoaxes spread by spammers for their own gain", wrote Adam Mosseri, vice president of product for Facebook's news feed, in a blog post on Thursday.

Depriving scammers of money could be effective.

"Google and Facebook are the single two biggest engines for monetisation," said Susan Bidel, a senior analyst at Forrester Research focusing on digital publishers. "I don't think you are ever going to completely eradicate it. But it could get down to a manageable level."