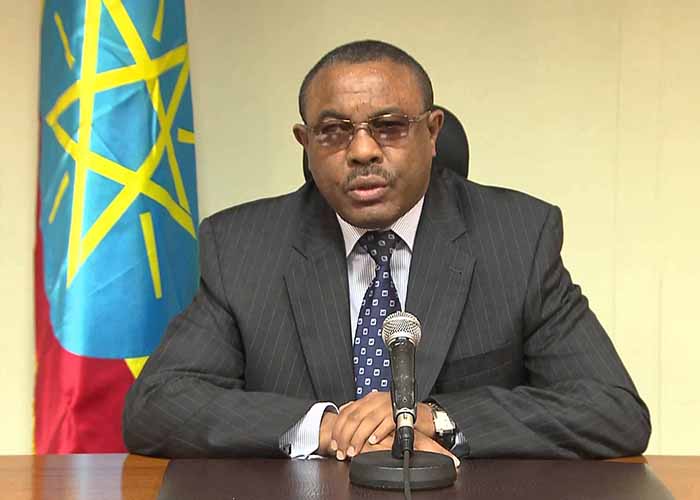 According to Prime Minister Hailemariam Desalegn statment on the state-run television on Sunday. "The state of emergency has been declared because the situation posed a threat to the people of the country,"

Local media said the state of emergency, reported for the first time in 25 years, will last for six months.

Earlier on Sunday, the state Ethiopian Broadcasting Corporation said that the state of emergency was active as of Saturday evening as a means to "deal with anti-peace elements that have allied with foreign forces and are jeopardizing the peace and security of the country."

It added that the Council of Ministers discussed the damage by the protests across the country and declared the state of emergency in a message delivered to Hailemariam.

Protests reignited this week in the Oromia region - the primary focus of a recent wave of demonstrations - after dozens of people were killed in a stampede on October 2, which was initiated by police firing tear gas and warning shots at a huge crowd of protesters attending a religious festival. The official death toll given by the government was 55. However, opposition activists and rights groups said they believe more than 100 people died as they fled security forces, falling into ditches that dotted the area.

According to government officials, factories, company premises and vehicles were burned out completely or damaged during the recent wave of protests. Many roads leading to the capital, Addis Ababa, were reported to be blocked.

In the last 25 years of the regime, this is the second state of emergency to be declared. The first one was announced by the late Prime Minister Meles Zenawi following the 2005 election results.