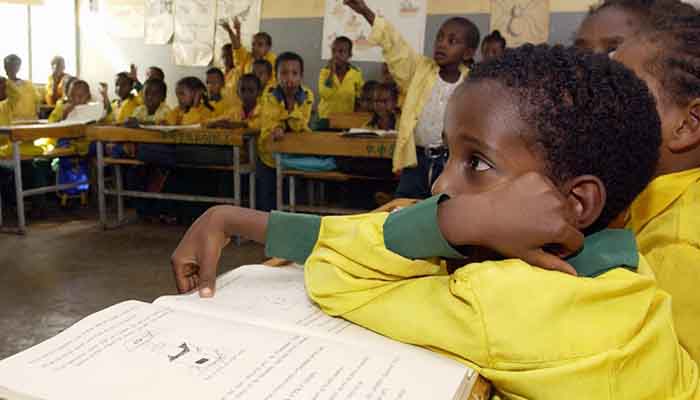 Mohammed Ademo, an Ethiopian journalist and editor of the OPride news platform, had a difficult time choosing the 2016 Oromo Person of the Year. In fact, Ademo admits in his end-of-year essay that he originally planned to write about Olympic athlete Feyisa Lilesa’s courage, and how Feyisa’s protest at the Olympic Games made visible the oppression of Oromo people that the world didn’t yet know it ignored.

Feyisa made the year-end lists of changemakers at Foreign Policy, Deutsche Welle and Huffington Post, Ademo wrote. But the more the Washington-based journalist thought about it, the more he realized that Feyisa is emblematic of a more powerful cultural shift. Feyisa represents an entire generation of young Oromo in Ethiopia – the Qubee, who were the first Oromo permitted to learn in their native language and thus described by an alphabetical feature associated with Afaan Oromo.

“The Qubee generation appears ready to fight on until, in the words of Oromo leader Bekele Gerba, either all Oromos are jailed, killed and exiled, or until everyone is free,” Ademo writes. Even as Bekele Gerba, Merera Gudina and others remain imprisoned, the youth represent inevitable change.

Yet that change is coming at a cost that should shame the Ethiopian government as it strangles its own future under a violent, repressive surveillance society – and shame international leaders for their complicity. Because the Oromo are Ethiopia’s largest ethnic group, numbering more than 35 million, and one that has historically felt marginalized and severely discriminated against by successive governments. The Ethiopian Peoples’ Revolutionary Democratic Front (EPRDF) has held power for decades and has awarded power to elites from the minority Tigrayan ethnic group.

Last month, Human Rights Watch (HRW) praised the release of 9,800 prisoners participating in anti-government protests, many of them in the Oromia region. But they remain less than half of the 24,000 people who have been detained since Ethiopia announced a state of emergency in October. That decision followed the Irreecha massacre, in which the Oromo Federalist Congress puts the death toll at nearly 700, a number wildly at odds with official counts of just 52. OFC leader Mualtu Gemechu says there were up to 70,000 people who had been detained in recent months, not necessarily all Oromo protesters.

Their youth is emphasized in the December HRW report, which describes the harrowing experience of a 16-year-old girl from Hararghe whose father was killed, her brothers imprisoned and other family members disabled. She was banned from school after the military found a protest song, one of many recorded by Oromo’s young generation, on her mobile phone.

The Ethiopian teen told HRW that security agents went through her community “arresting every young person they could find,” and she refuses to return until the violence stops and the Oromo are heard.

“Many other young people have told me the same thing,” writes Felix Horne, author of the HRW report.

To say “young Ethiopians” is almost redundant, because one third of the population is under 25 years old. In 2014, almost half of all Ethiopians – 45 percent – were less than 15 years old. So it’s not that a new generation of Oromo don’t know the history or the sacrifices made by their elders, especially those active in organized political resistance that’s designed specifically for them. The reality is that they know that history all too well, and in an era of connectivity and engagement, they demand a different future.

Ethiopia is, in theory, governed under autonomous regional authorities aligned with ethnicity and historical homelands, although in practice that governance and self-determination are rarely true for some groups, including the Oromo. Although they are the largest ethnic group, and along with the Amhara account for a 60 percent majority among Ethiopia’s 100 million people, both groups are ruled by a coalition that’s dominated by the Tigray People’s Liberation Front (TPLF).

Through the Tigray minority, that Ethiopian People’s Revolutionary Democratic Front (EPRDF) coalition has retained power for decades that have seen Oromo excluded from opportunity in government, the economy and other avenues. Protests that began in November 2015 over land annexation in Addis Ababa, plans that would adversely affect Oromo interests, reflected decades of anger and frustration.

The leader of an Ethiopian Somali rebel group, Abdirahman Mahdi of Ogaden National Liberation Front, warned last May that tensions were about to boil over in the manner of the 2011 Arab Spring uprisings – and his assessment was accurate. Yet Ethiopian officials rarely pay more than lip service to promises of change.

This week, Prime Minister Hailemariam Desalegn again professed his support for “deep reforms” in government and society that he believes will be successful through public participation. His words are as hollow as those of Western leaders who profess their concern for Ethiopian human rights and the democratic process, while failing to insist that any reforms be implemented. That’s especially true of the United States and the need to protect an Ethiopian ally in combatting terrorism in the Horn of Africa.

While Hailemariam speaks of public engagement, the detentions continue and the disappearances remain unexplained. The trials and lengthy sentences of high-profile journalists, political activists and opposition leaders make more headlines. The draconian control of media and independent reporting has yet to see its well-deserved demise. Ethiopia’s promises are broken, but the world now sees the Oromo, whether through media outlets based in the diaspora like Ademo’s, or thanks to solidarity protests in Europe and America.

What Ethiopian officials must accept – and the world must ensure – is that in this young nation, this race toward freedom and equality is not a sprint but a marathon. Feyisa Lilesa understands this well, but he is not running alone. The Qubee generation runs behind and beyond him, and they will not be deterred. DC