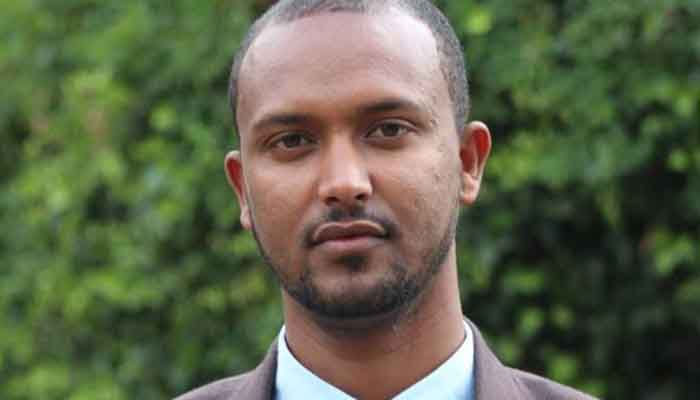 An Ethiopian court sentenced opposition politician Yonatan Tesfaye to six and a half years in prison on Thursday, the state-affiliated Fana Broadcasting Corporation reported.

Tesfaye, a former spokesperson for the Blue Party – one of the East African country's main opposition parties – was found guilty earlier this month of encouraging "terrorism".

He was arrested in December 2015 after accusing the government of using disproportionate force against demonstrators in Facebook posts.

"This is freedom of expression."

Tesfaye's detention came shortly after the start of anti-government protests by the country's largest ethnic group, the Oromos, which caused the government to impose a nationwide state of emergency last October.

"The defendant has acted in way that threatened the country's political, economic and social fabric," read the charge sheet, as reported by Fana.

In a letter released on Wednesday, 13 rights groups called on the UN Human Rights Council (UNHCR) to urge Ethiopia during its June meeting to allow an independent investigation into "atrocities committed by security forces to suppress peaceful protests and independent dissent".

A crackdown on protests resulted in hundreds of deaths and thousands of arrests.

The letter echoes complaints by the UNHCR's High Commissioner Zeid Ra'ad Al Hussein, who said he was not allowed access to where the protests occurred during a visit to Ethiopia this month.

The rights groups – including Human Rights Watch and Reporters Without Borders – also called for the immediate release of journalists, rights defenders, opposition leaders and other protesters "arbitrarily detained" during and after the protests.

The Ethiopian government has described the state of emergency as a necessary step to restore order to protest-wracked parts of the country, while officials work to address the demonstrator's grievances.

The sentencing came a day after Ethiopian journalist Getachew Shiferaw was found guilty of stirring "revolt". He faces a maximum of 10 years in prison.

Amnesty International said Shiferaw's verdict was "a further slap in the face for justice in Ethiopia", and accused the authorities of using the judiciary to silence dissent.