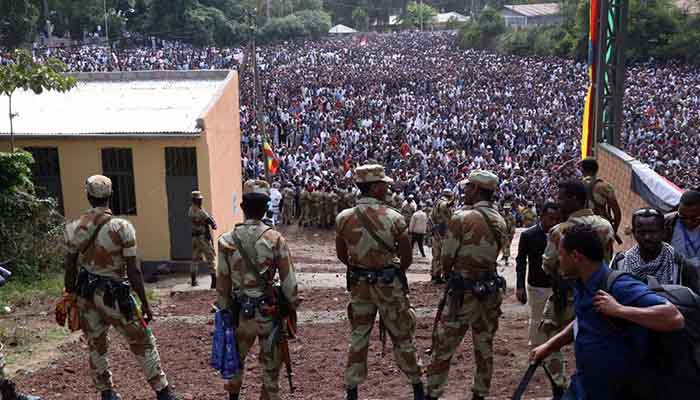 The Ethiopian federal attorney general has charged the first two people with inciting violence at Irreecha festival, saying they caused a stamped that killed 55 people.

The first defendant Tufa Melka is accused of snatching a microphone from elderly community leaders while they were delivering a speech and causing trouble at the festival.

The second defendant Kedir Bedasso is charged with orchestrating the violence by phone while he was backstage at the festival.

The Ethiopian government said 55 were killed in the festival, but opposition groups and activists say the number was higher.

The government declared state of emergency after three days after the Irrecha massacre, which caused wider political movement and protests against the government that engulfed the capital and other regions.

The Irreecha massacre, known as the incident in Bishoftu town of Oromia region, 45 km southeast of the capital Addis Ababa, Ethiopia, on October 2, 2016, in which the Ethiopian government armed forces killed people while they were celebrating Irreecha festival. An estimated 2 million people from across Oromia and other regions came to Bishoftu to celebrate the Oromo thanksgiving festival, Irreecha.