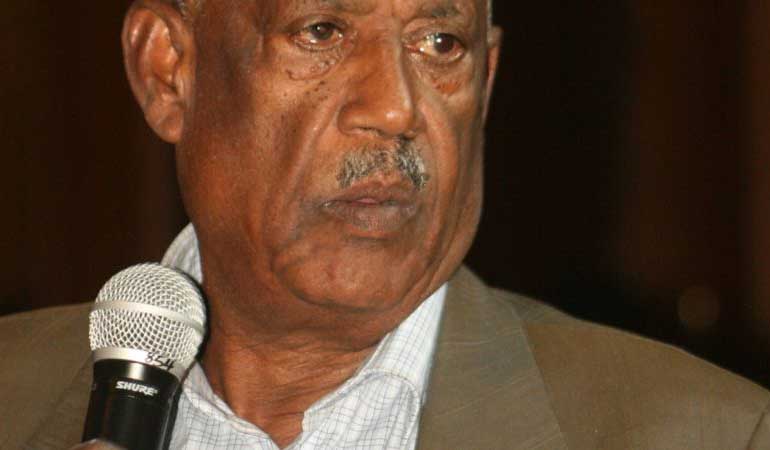 Sebhat Nega, a founding member of the Tigrayan People’s Liberation Front (TPLF), has stepped down from his position as General Director of a government think tank, according to Fana Broadcasting Corporation.

Although the move by the 84-year-old veteran is hardly a major surprise, it is another sign of the winds of change blowing through Ethiopia after the rapid rise to power of Prime Minister Abiy Ahmed, who Sebhat reportedly spoke out against in recent party meetings.

“Symbolically the statement is huge in terms of its impact,” said an Ethiopian political analyst, anonymously, adding that most senior TPLF leader opposed Abiy’s election. Others suggest the party is split on the new premier. “TPLF is totally divided, including its old guard, particularly regarding whether to work with Abiy or to oppose him”, said René Lefort, a seasoned observer of the ruling coalition.

During his eight-year tenure at the Ethiopian Foreign Relations Strategic Studies Institute (EFRSSI), the outspoken TPLF ideologue, known as Aboy Sebhat, analysed Ethiopia’s strategy in the troubled Horn of Africa and further afield. He was also recently integral to a semi-official attempt to mediate between factions of South Sudan’s warring liberation movement.

Aboy means “Father” in Tigrinya, denoting Sebhat’s respected status in Tigray region. He was crucial to the TPLF insurgency that ushered in the Ethiopian Peoples’ Revolutionary Democratic Front-era after overthrowing the Derg military regime in 1991.

Despite leaving senior party positions in 2010, Sebhat remained a key player in the politics of the EPRDF, which is a four-party coalition founded by the TPLF. He had a close circle, including individuals from the higher echelons of the national security apparatus, and in recent years could frequently be spotted at the Sheraton Addis, sometimes still puffing on a cigarette.

Close to the circle’s center is the powerful head of the National Intelligence and Security Services, Getachew Assefa, who is believed to be Sebhat’s strong ally, along with General Samora Yunis, the military’s Chief of Staff. Getachew, a member of the TPLF politburo, was reportedly another of the party titans most vocally opposed to Prime Minister Abiy’s ascendance.

Strong rumours indicate Sebhat stepped down partly because of his objections to Abiy, who some TPLF leaders claim rose to power within the Oromo People’s Democratic Organisation and then the EPRDF on the back of the Oromo Protests. Sebhat didn’t answer his mobile phone when Ethiopia Observer called to seek comment.

The situation echoes that at the Information Network Security Agency (INSA) where the Tigrayan director, Tekleberhan Woldearegay, resigned recently. That was said to be partly because of a long-running feud with Abiy, who used to be his deputy. As caretaker director at INSA around a decade ago, Abiy is alleged to have undermined Tekleberhan when he took leave to study abroad.
Other TPLF leaders who have lost influence recently include party Chairman and Tigray region’s top administrator Debretsion Gebremichael, who was replaced as the board chair of Ethiopian Electric Power by Girma Birru; and former Communications Minister Getachew Reda, a TPLF politburo member, who was not among Abiy’s recent ministerial and other federal government appointments.

Sebhat was born in Adwa shortly before Benito Mussolini’s invasion in 1935. In a 1997 interview, he recalled moving around with his father who was governor of Zana district in Tigray. He graduated in economics, worked for the Finance Ministry, and then as a teacher until he went underground in 1976 to co-found the TPLF.

After the TPLF led the overthrow of the Derg in 1991, he became head of the EPRDF’s Economic Affairs Department, which controlled the Endowment Fund for the Rehabilitation of Tigray, or EFFORT, a group of TPLF-affiliated companies. Sebhat stayed loyal to Meles Zenawi when the TLPF split in 2001 and served as EFFORT’s chief executive for almost a decade.

His views are those of the classic TPLF ideologue formed when the front adhered to a variant of Marxist-Leninism. U.S diplomatic cables released by WikiLeaks from 2008 quoted him as saying Ethiopia will disintegrate in the absence of the TPLF’s Revolutionary Democracy. In 2012, after Meles’ sudden death, Sebhat said Ethiopians were not ready for democracy and that the EPRDF had been focused on cleansing the state of the remnants of previous national socialist and feudal regimes.

The EFRSSI, formerly known as the Ethiopian International Institute for Peace and Development, emerged in 1996, and occupied an office above the iconic Meskel Square. Its balcony was used by successive Prime Ministers to deliver speeches after the EPRDF’s crushing election victories. EFRSSI produces the recently established Discourse magazine, which is focused on foreign affairs, and resembles output by Washington DC-based U.S. national security think tanks.