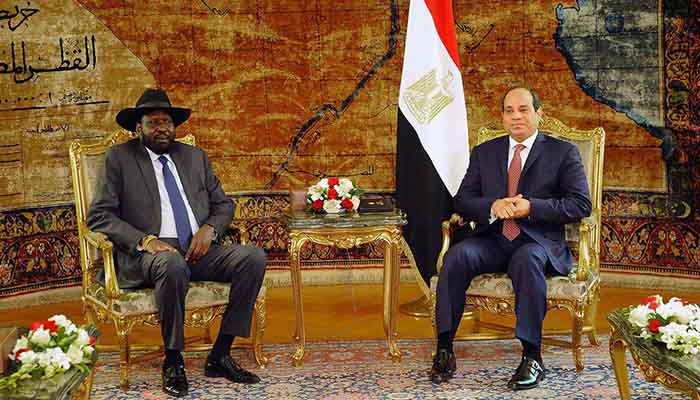 A South Sudanese official has blamed Ethiopia for recent crisis that has brought suspicion between countries sharing the Nile waters. This comes just weeks after reports on media that Ethiopian rebels have opened a base inside South Sudan.

The official who is an Advisor at the ministry of Water and Irrigation in Juba has told Nyamilepedia that the recent crisis between countries sharing the Nile water was caused by Ethiopia, accusing Ethiopia of building its largest Dam on the Nile without taking permission from Egypt.

“Well to be honest, the blame lay squarely on them ‘Ethiopians’, they rushed to build the dam without consultation or approval from Egypt, that is unacceptable in international diplomacy” Peter Garang Malual told the reporter

The official said Egypt had the right to protect its interests in the Nile and so does any other country in the region adding that “Ethiopia should not blame South Sudan for that problem”.

Another government official also said last week that South Sudan was not Afraid of Ethiopia raising worries that the two countries might not have surpass their differences over President Kiir’s recent visit to Egypt.

A Middle East newspapers reported that the two Presidents of Egypt and South Sudan agreed on what they called a “dirty deal” to try and block or sabotage Ethiopia from completing construction of its Renaissance Dam on the river Nile.

Egypt is concerned the Dam could reduce the amount of water reaching the North Africa country.

The official said the recent meeting between South Sudan’s President Kiir and Egyptian President Al-Fatah Al-Sisi was to consolidate the historical relations between Egypt and South Sudan and to show the Egyptian people that South Sudan government will stand with them in the face of any threat be it from any country in the region or beyond.

“Our President told the Egyptians that we are ready to stand with them against any threat from Ethiopia, the region or even beyond, we cannot compromise on such issues of close relations” Said Peter Garang Malual an Advisor at the ministry of Irrigation.

Malual said his government still stands by any agreements with the Egyptian government, saying Egypt has been giving more support to South Sudan compared to other countries int he region.

“We stand by the agreement, those who do not want it, is now there own problems, they cannot threatened us, we are not worried about anything” Said Peter Garans Malual Advisor to the ministry or Irrigation and waters

According to various media sources South Sudan and Egypt agreed to take several measure against Ethiopia if it does not recognise Egypt rights to access full Nile Waters, the action would include indirect support to Ethiopian armed opposition, opening a rebel training base inside South Sudan and covert support to cause popular uprisings and instability as a means to sabotage the building of the Renaissance Dam.

South Sudanese officials have publicly denied working with Egypt to target Ethiopia or giving any support to Ethiopian rebels, however Ethiopian government has accused Egypt of supporting its armed opposition and also giving support to various groups to cause instability and regime change in Ethiopia.

South Sudan’s Water and Irrigation ministry is known to get heavy financial and technical support from Egypt in return for supporting Egyptian position on Nile Water issues.

Garang Malual said the blame for any regional instability would be put squarely on the Ethiopian government.

“Any blame will have to be put on them … ‘Ethiopian’, they need to admit their mistakes, they are the ones who start this misunderstandings due to lack of consultations by their government, they did not get the permission” A smiling Malual concluded.