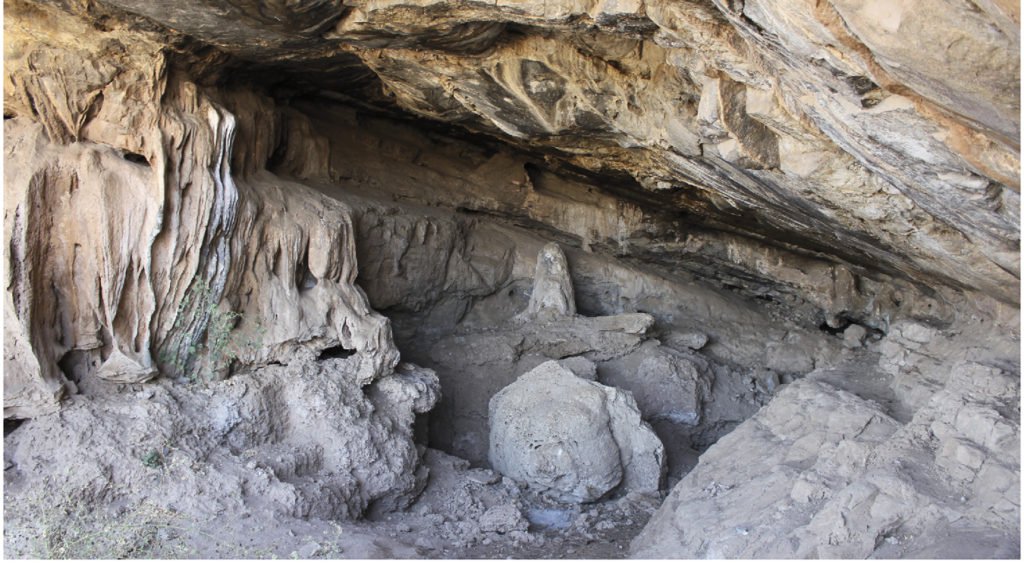 By Sarah Cascone | AN

The cave was used to process ochre pigment for 4,500 years.

When the prehistoric peoples of Ethiopia wanted to make a new cave painting, it appears they knew just where to go: Porc-Epic is a cave that, for 4,500 years, was used to produce ochre, a brownish-yellow pigment often used in prehistoric artwork.

The Porc-Epic cave was discovered by Pierre Teilhard de Chardin and Henry de Monfreid in 1929 and thought to date to about 43,000 to 42,000 years ago, during the Middle Stone Age. At the site, archaeologists found a stash of 4213 pieces, or nearly 90 pounds, of ochre, the largest such collection ever discovered at a prehistoric site in East Africa.

On May 24, researchers Daniela Eugenia Rosso of the University of Barcelona and Francesco d’Errico and Alain Queffelec of the University of Bordeaux in France published a paper, “Patterns of change and continuity in ochre use during the late Middle Stone Age of the Horn of Africa: The Porc-Epic Cave record,” in the PLOS ONE journal.

They found that ancient visitors to the site processed the iron-rich ochre stones there by flaking and grinding the raw materials “to produce a fine-grained and bright red powder.” The ochre stones can be used to produce powders of varying coarsenesses, in shades of yellow, orange, red, brown, and gray. (A similar find was discovered in a 100,000-year-old cave in South Africa in 2011.)

While the paper allows that ochre powder could be used medicinally or for other purposes, its production is “most consistent with symbolic activities, such as body painting, the production of patterns on different media, or for signalling.”

A pebble half coated in ochre, for instance, could have been used as a stamp to apply the pigment to soft surfaces. The researchers also compared pieces with long pointy ends to ochre “crayons.”

According to the paper, the local community relied on Porc-Epic for its ochre needs for millennia, the cave essentially serving as a studio for artists.

See more photos of their ochre findings below.