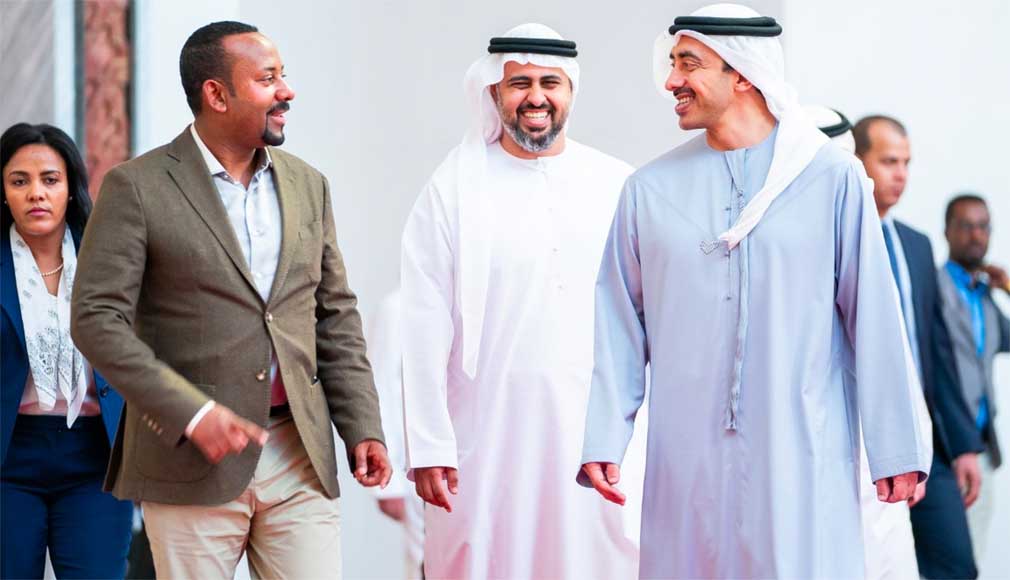 Sheikh Abdullah welcomed Prime Minister Abiy Ahmed and discussed friendship ties and cooperation between the UAE and Ethiopia and ways to enhance them in all fields during a meeting, which also tackled a number of issues of mutual interest.

Also present were Ambassador of Ethiopia to the UAE, Suleiman Dedefo and Shehab Ahmed Al Fahim, Assistant Under-Secretary for Protocol Affairs of the Ministry of Foreign Affairs and International Cooperation.