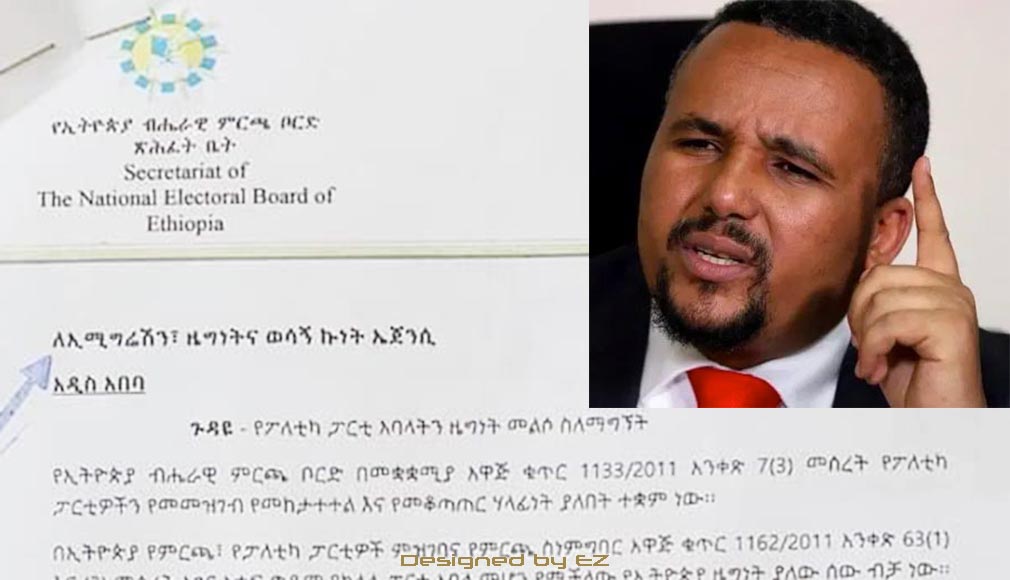 The clarification is sought by February 17

ADDIS ABABA - Secretariat of The National Electoral Board of Ethiopia (NEBE) on Wednesday sought to verify the citizenship of activist Jawar Mohammed’s citizenship, ahead of the national elections in August.

In a letter sent to the Ethiopian immigration authorities, the National Electoral Board of Ethiopia (NEBE) said it wants clarification on the technicalities for regaining Ethiopian citizenship.

The letter is dated February 10, 2012, the clarification is sought by February 17.

Jawar, who recently renounced his American citizenship has declared his interest to contest the forthcoming elections as a member of the opposition Oromo Federalist Congress (OFC) party.

Jawar is a prominent critic of the government led by prime minister Abiy Ahmed, and has previously criticised NEBE’s decisions including the timing of the elections.

Popular among Oromo youth, Jawar was at the center of violent protests after he accused the government of endangering his life by withdrawing his security detail.