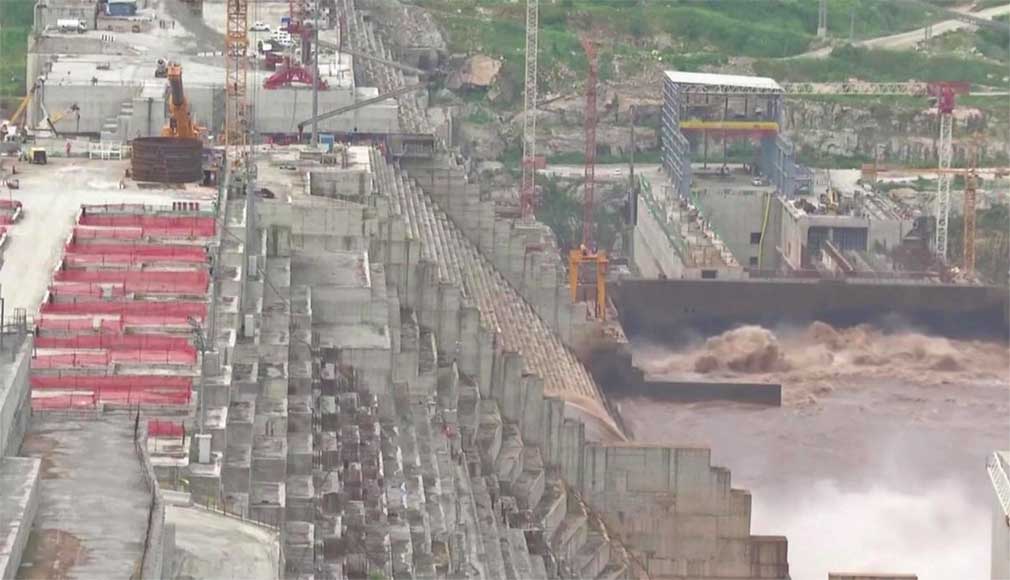 Ethiopia did not conclude its discussions with relevant authorities

EZ, Addis Ababa (February 26, 2020) - Ethiopia announced today that it will not participate in negotiations on the Grand Ethiopian Renaissance Dam (GERD), to be held tomorrow, February 27 and 28, 2020 at Washington.

The Ethiopian Ministry of Water, Irrigation and Energy said that Ethiopia will not participate in the tripartite GERD negotiations with Sudan and Egypt, and notified the US Department of Treasury that the Ethiopian team is unable to negotiate as scheduled.

The statement released by the Ethiopian Ministry of Water, Irrigation and Energy explained that, “Ethiopia did not conclude its discussions locally with the relevant authorities on the dam, which prompted it not to participate in the tripartite negotiations”.

This meeting was to be held in the presence of the Ministers of Foreign Affairs, Irrigation, and technical and legal delegations from the three countries (Egypt, Sudan, and Ethiopia), under the auspices of the US Department of Treasury, and with the World Bank’s involvement. (EZ)